a) What is the basic principle of mass spectrometry?

The basic principle of mass spectrometry (MS) is to generate ions from either inorganic or organic compounds by any suitable method, to separate these ions by their mass-to-charge ratio (m/z) and to detect them qualitatively and quantitatively by their respective m/z and abundance.

b) Can you sketch the basic components of a mass spectrometer?

A mass spectrometer consists of an ion source, a mass analyzer and a detector which are operated under high vacuum conditions. A closer look at the front end of such a device might separate the steps of sample introduction, evaporation and successive ionization or desorption/ionization. More recent systems will have some data system used to collect and process data from the detector. 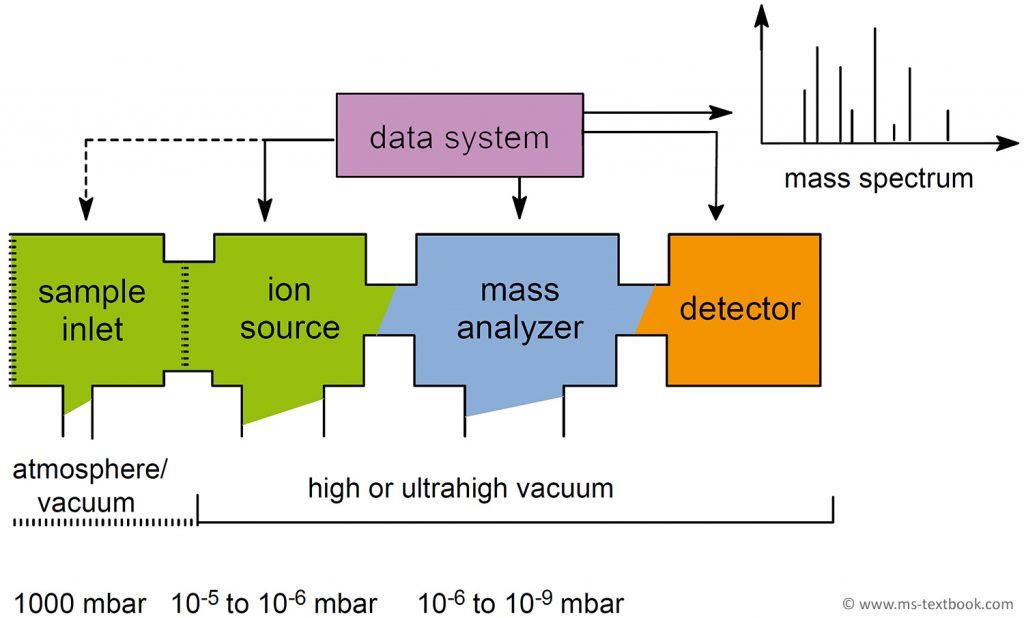 The mass-to-charge ratio, m/z, (read “m over z”) is dimensionless by definition. It is best understood as calculated from the dimensionless mass number, m, of a given ion, and the number of its elementary charges, z.

Click on cover to order "Mass Spectrometry - A Textbook", 3rd edition.
1.9 million characters, 993 pages, 463 illustrations in bw plus 201 illustrations in color. The most recent textbook in the field of MS.

The problems and solutions websites supporting the 1st and 2nd editions of "Mass Spectrometry - A Textbook" have been conserved for the benefit of thousands of readers.
> Enter 2nd edition website
> Enter 1st edition website

Other Editions of “Mass Spectrometry – A Textbook”